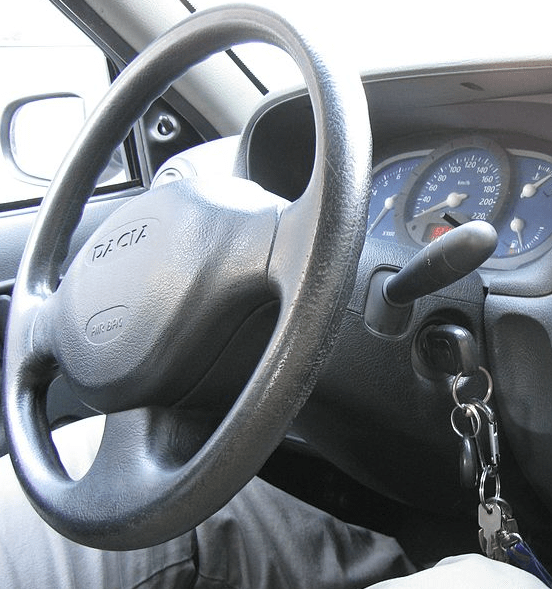 A key stuck in ignition is not a very common occurrence. The automotive industry has changed a lot over the years. Hence affecting performance levels as well as basic operating features. Despite these advancements there are some common features shared by all cars. For Example, whether the car uses an electric motor or an internal combustion engine, they all have a start and stop engine feature.

What changes is the method of starting the engine. Some cars use buttons while others require an inserted key. In the case of using a key, there are instances when the key may get stuck in ignition. When it happens please don’t use any force because this may cause damage. Because of the varying types of car ignitions, first you need to understand the reasons for a key stuck in ignition. Though some reasons could be based on a certain model and manufacturer, there are several common reasons for this issue.

Common reasons for a key stuck in ignition.

By first understanding these common reasons, you can begin to diagnose the problem and come up with a suitable solution. Please don’t use force to try and remove the key as this may worsen the situation and it could cause damage.

The steering lock feature activates the ignition cylinder lock. Further, this is one of the common reasons why the car key won’t turn during ignition. Remedy for this is to turn the key and wiggle the steering wheel at the same time. This releases the locking feature and you can remove the key.

Sometimes you use your keys to serve other purposes that you shouldn’t. For example to scrub some dirt particles off surfaces. This may clog the key’s serrations hence changing the general structure of the edges.

When you’re stopping the car to park it, you start by setting the gear to park then you engage the hand brake. In the case of a manual car, your gear is usually set on neutral before engaging the hand-brake. Afterwards you remove the key from ignition cylinder.

In an automatic car when the gear is set on drive or another alternative the key will get stuck. This is a setting that varies from one car manufacturer to the other. This also affects manual cars when you try removing the key from the ignition cylinder without setting the gear to neutral. Remedy is to ensure the gear is always on park for automatic cars and on neutral for manual cars.

To be honest, I wish there was a way of mitigating this factor. But, it is inevitable that wear and tear will occur as you keep using your car keys for a lengthy period. The only thing you can do about this is to get a new key curved out for you once you notice the wear and tear.

A worn out key means the serrated edge looses it’s shape. Further, it may mean that the key has lost its straighten shape by bending. These may be causes for a key stuck in ignition. Remedy is to get a new key and to take care of the one you have.

The process of ignition highly depends on the car battery. In fact, an issue with the car battery is one of the reasons why a car won’t start. The ignition system and it’s components largely depend on power supplied by the battery in order to function.

In the unfortunate scenario where the battery dies with the key inside the ignition, it will get stuck. The same applies when you’re starting a car whose battery is dead. Remedy is to jumpstart the battery. But, if the battery is old, there is the chance that it won’t jump start. In this case, knowing how to choose a new battery will come in handy.

The ignition cylinder’s spring loaded pins match with the shape of the key. These hold the key when you insert it into the cylinder. Hence helping in effective engine ignition. A misalignment of these spring pins will cause the key to get stuck inside the ignition cylinder. Further, it could prevent you from inserting the key properly. Additionally, turning the key when the spring pins are misaligned could be a problem.

What to do when key is stuck in ignition.

A car key getting stuck in the ignition is usually very easy to resolve. The only challenge comes about when the key brakes inside the keyhole. But that’s a topic for another time. So, when a key is stuck in ignition you’re either trying to start a car or to simply remove it after a stop.

Key stuck in ignition when trying to start the car.

This could be a problem that requires attention to be directed to the ignition cylinder or the key itself. If the issue is the former, the key could be worn out or bent. The worn out key will not turn the ignition because it is unable to engage the cylinder pins.

Pull the key outwards slightly, a distance similar to the width of a coin. Then try to turn it gently and see if it engages the ignition pins. Further, wiggle the key back and forth inside the keyhole as you turn it. This motion will increase chances of engaging the ignition pins. Alternatively, the issue could be the ignition cylinder. Especially when your key isn’t worn out.

How to fix key not turning in ignition.

This problem is brought about by the misalignment of ignition cylinder spring pins or a problem with the key itself.

Using canned air, insert a straw into the keyhole directly from the nozzle. Spray a few shorts of air into the keyhole. That will clean out the debris and you don’t have to spray the entire can to get the job done.

Use electrical cleaner to lubricate keyhole.

If the other two measures won’t work, it’s a sign that you need to replace the ignition cylinder entirely.

How to remove ignition cylinder when key won’t turn.

For this process you will need a few tools. These include power drill, drill bit and a flat head screwdriver.

This is a precaution to ensure that you don’t get electrocuted. Further it ensures that you don’t short circuit the car’s system. Disconnect the negative terminal cable and that’s done.

This step is meant to give you full access to the lock cylinder. Remove the upper and lower covers of the steering by eliminating the screws. Once the covers are removed, lift the steering and pull at the central cover. Disconnect the wiring then completely remove the steering.

This is one of the reasons for disconnecting the battery. While following the car’s owners manual, you can easily locate the wipers and indicator switches. Afterwards, look into the steering wheel column and pull the spacer columns upwards.

This step is important because it prevents the ignition cylinder from switching up to ”start mode”. Simply, insert a straightened paper clip and turn it anti-clockwise.

Slide the switch out.

Insert a screw driver into the ignition lock cylinder. Afterwards, turn it clockwise while pulling the paper clip towards the right side. This allows you to easily slide the switch out. You might notice that there is a lot of dust particles that have accumulated around the cylinder.

Replace or clean it.

The accumulated dust could be leading to the key stuck in ignition. We have mentioned the methods that someone can use without removing the ignition cylinder. But if you notice the issue keeps recurring, removing the cylinder is the last resort. Afterwards, you may clean it or replace it.

During ignition cylinder replacement, you should try to remember that some models only work with specific types. So, this means that a general ignition cylinder may not work for them. It’s advisable to talk to the manufacturer first before taking action. As you acquire the replacement, specify the car’s VIN number, year and model. 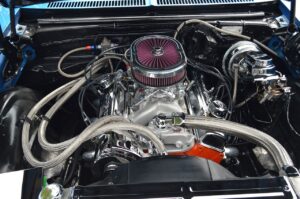 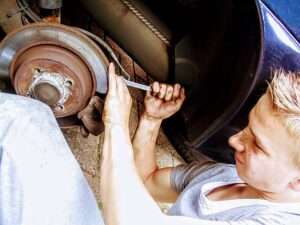 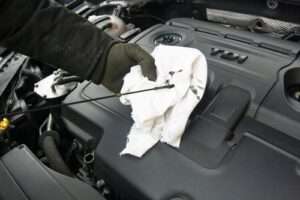 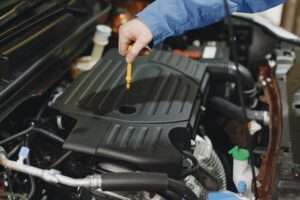 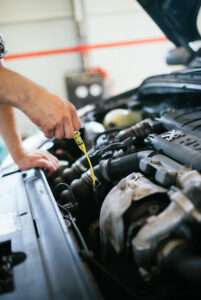