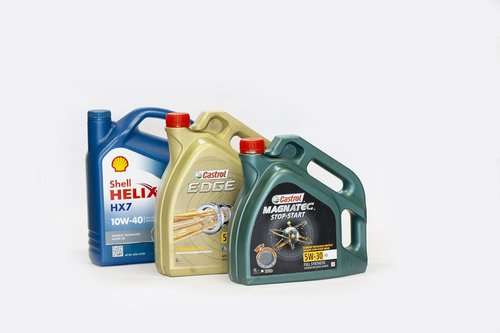 Understanding the meaning of car engine oil 5W30 before choosing it amongst other oil grades is a decision that the retailer assumes isn’t an un-educated guess. You must have some knowledge about how motor oil is rated.

Motor oils are given ratings depending on performance during different temperatures. For this reason, the weather conditions in your region should be put into consideration when choosing the best oil for your car.

Additionally, the ratings depend on resistance to flow or viscosity. Given that the oil’s response to different temperature range will affect how it performs its functions.

Oil should be able to withstand extreme temperatures like heat and cold without loosing its properties. It should flow well during cold temperatures. Hence the reason why there are markings like 5w30 specifications on oil packaging containers.

Oil with the 5W30 specification is used for variety of cars as it has a wide range of temperature conditions. This characteristic has made it one of the most popular oils amongst the famous oil brands in the market.

5W30 engine oil is the best choice of oil for petrol and diesel car engines. It is recommended for light duty vehicles. The numbers are supposed to represent the oil’s viscosity rate.

Whereby the viscosity rate ranges from a minimum of 5 to a high of 30. The W stands for winter weather. Number 5 that precedes the W is an indication of the oil’s viscosity at a low temperature range. Meaning it is less resistant to flow (less thickness) at low temperatures.

Secondly, the number 30 that comes after the W indicates the oil’s viscosity (heaviness) during extremely high temperatures. The engine during high RPM is usually very hot. It is necessary for the oil to have a reasonable viscosity rating during that temperature range.

5w30 vs 5w40 and their difference from other oils.

The 5W oil specification is very effective at flowing during Winter weather. Meaning that it is able to flow freely during cold engine start. The difference between the 5w30 and 5w40 oil is that their capacity to resist flow (viscosity) during hot temperatures.

5w30 oil will flow better and it will retain it’s original properties when the engine temperatures are high, despite how many kilometers the vehicle has been travelling. However, when considering the 5w40 oil, you will notice that the two have the same viscosity rating of 5W for cold engine starts.

The difference is noticed when the engine is at a high RPM and the temperatures are very high. The 5w40 oil will display a higher resistance to flow (thickness) during these high temperatures in comparison to the 5w30 oil. But that doesn’t mean the oil will loose its properties.

5W30 oil is much more effective in the areas that experience low temperatures. However when comparing other oil ratings that are higher than 5W, they are more resistant to flow during cold conditions. For example, the 10W or 15W.

The 5W is better at flowing during cold engine starts. Hence making it much more effective at coating and protecting parts of engine like the pistons.

Additionally, the 10,15-W40 engine oil requires higher exposure to hot temperatures for it to be effective during long trips that require high fuel consumption.

If you reside in regions where the temperature varies between extremely hot and extremely cold, this is an oil that you should consider. Because the oil isn’t affected by temperatures of as low as -30ºC and as a high as 35ºC.

5W30 oil is in high demand because it is effective at lubricating and coating engine parts for protection over a wide range of worldwide climatic conditions. This is one of the factors that makes it such a popular choice in the lubricant market.

The number of oil changes you have to undertake due to the effect of varying weather seasons is minimized when using 5W30 oil. That’s based on the oil’s ability to function through different seasons.

Further, there is minimum strain for the oil pump due to the oil’s viscosity rating. Meaning the engine has an easy time when at high RPM. Additionally, this factor offers a better fuel economy for your automotive.