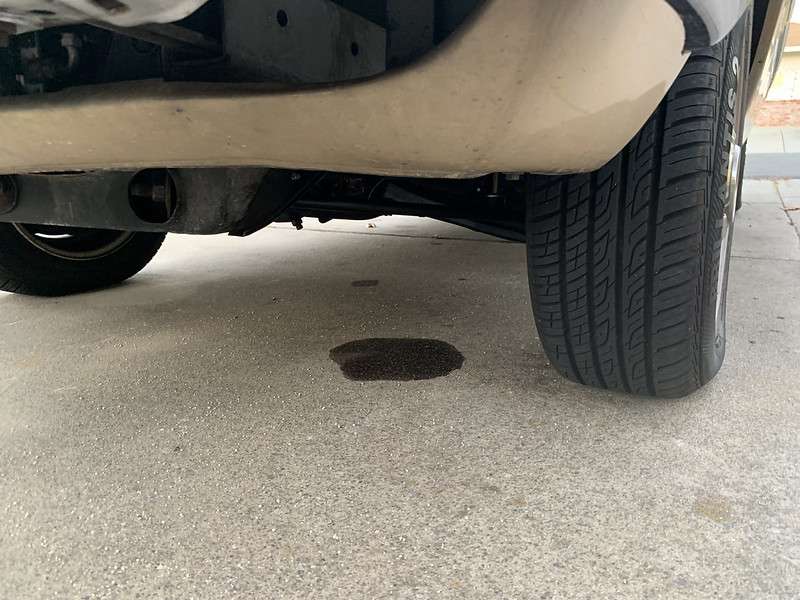 If you spot this after parking for sometime it’s a scary sight. Now you’re probably wondering whether it’s okay to keep driving that specific car. Or, should you just get an alternative.

To be honest, not all leakages are a cause for alarm. In fact, below we’ll examine the pink puddle under the car among other colorful liquids that could appear under the car.

Sometimes if you are using a public parking spot, the liquid could be from another car. Phewks, I know right? But this doesn’t dismiss the need to conduct a check-up.

So how do you check whether the pink puddle under the car comes from your car. Well, you have to go underneath the vehicle.

Now, if the car was leaking, it’s probably not stopped. Just check for any wet areas underneath the car. If it’s your vehicle then you will notice a shiny area on the parts.

Afterwards, if you can’t identify the colour immediately, just use a white cloth. Place it under the car where there is a leakage to capture the liquid. This gives you a  clear picture of the colour.

Now, each liquid has a unique color, but it won’t necessarily match the color from when you bought it. Remember, it’s been in your engine for sometime now. This affects color appearance.

So let me guide you through the different colored puddle under the car and what each one means.

The pink puddle could mean three things are leaking. 3? I know right! You might have thought it would be a single thing hence making it easier to identify. But fear not.

Apart from the leakage, another sign that your power steering fluid isn’t intact is when you encounter unusual steering resistance. This fluid will appear close to the front bumper to signal that the car needs a specialist’s attention.

Ever been in a situation where your car won’t shift to another gear? Well, you probably ignored an issue with the transmission for quite sometime. Or else, you haven’t been undertaking transmission maintenance according to the recommended tips.

Now let’s keep you updated on a good sign there is a problem with the transmission. First of all, you will notice that the transmission begins to slip and sometimes it may stop abruptly just when you’re driving. Now you have to push the vehicle aside.

Because of the nature of its work, it may have changed into a dark red or pink coloured puddle. Check this by going to the transmission dipstick.

You will find that it’s marked with high and low marks. If the fluid is below the low marking and there is a leakage, fix the leakage first then add more fluid.

Being one of the most important engine cooling system components, it shouldn’t be ignored. Otherwise, it’s absence will lead to overheating. Hence the reason why you need to investigate that pink colored puddle under the car. Do this before driving off.

Normally, it appears under the engine block close to the radiator.  Just to be sure that it’s leaking, pop the hood and check the coolant reservoir.

Afterwards, wait for the engine to cool down first. The radiator, is usually very hot immediately after the engine is turned off. At this point, open the radiator cap to see if there is coolant that has sipped in. If so, this will require you to use an alternative transportation means in order to avoid damaging the engine.

This could be water. Just conclude so after conducting a test on the colour with a white cloth, and ensuring there’s no order from it.

Water could come from the air conditioner’s condensation or sometimes the exhaust pipe. Otherwise, it could be the windscreen washer or just a little water that collected up from the car wash.

The oil puddle is sometimes appears brown, black or amber. To ascertain that it’s actually oil, ensure you conduct the white cloth test. Further, touch it and get a feel. If it feels slick and it’s hard to remove from your hands then it’s oil.

Get under the engine area and try observing the source of the leakage. There are various reasons why the engine oil could leak.

Its not advisable to drive your car in such a condition. But if you decide to, just ensure that the oil reservoir is filled to the brim. Then drive to a repair shop to correct the condition.

The colour of the coolant you use in your engine may cause a differently coloured puddle. Sometimes instead of pink, red or dark red, coolant could take a blue, green or yellow form.

To identify whether the puddle is from leaking coolant, just conduct the white cloth test and smell it. Coolant has a sweet smell.

Coolant hoses transporting coolant through out the engine could cause leakage if they’re in a bad condition. Most of the times, coolant leaks from the radiator where it goes to be cooled.

Coolant could also leak because of a lose cap or a loose hose connection. Just inspect the radiator or some of the hoses.

Its important that you check whether the liquid is brown in colour because it’s associated with the brake fluid. Now this is a fatal leakage that requires immediate attention because it’s a safety concern.

Conduct the white cloth test on the puddle if the fluid is found around the wheels. I would advise that you don’t drive the car in such a condition. 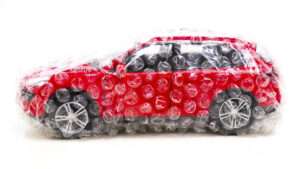 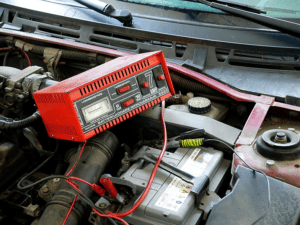 Foy Murithi
How to identify and resolve electrical issues with the car.

Foy Murithi
Common reasons why the car shakes while driving. 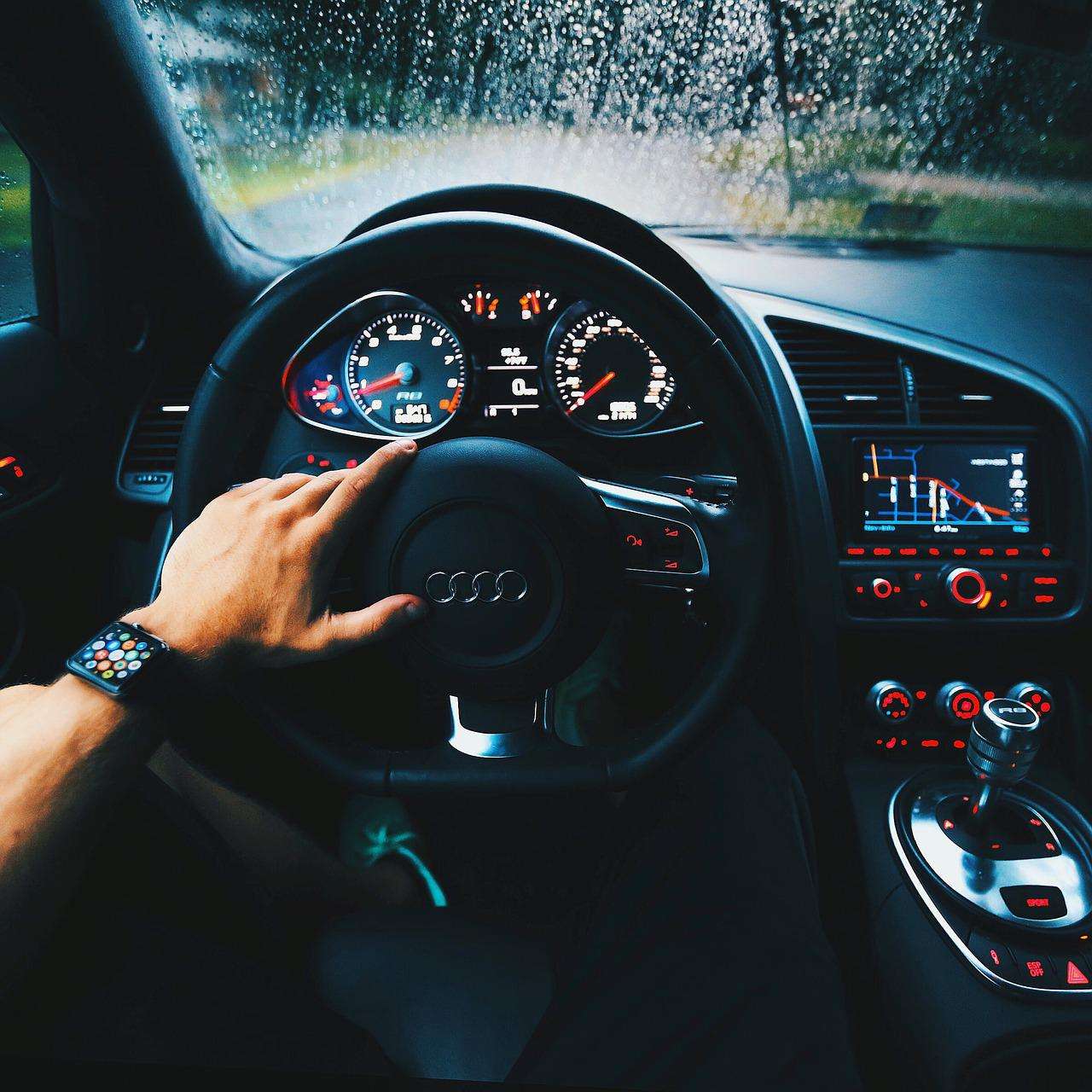 Common reasons why the car shakes while driving.